The Rangeley Region Guidesâ€™ and Sportsmenâ€™s Association will hold its monthly meeting on Thursday, January 18, 2018 at our clubhouse on Old Skiway Road in Oquossoc. Our potluck dinner starts at 5:30 PM, followed by a brief business meeting, then our guest speaker. RRG&SA is pleased to welcome award winning Maine Guide, and current DIFW Information and Education director, Bonnie Holding as our guest speaker. Bonnie will share with us a new DIFW initiative called R3-recruit, retain, reactivate. This new programâ€™s success will depend on collaboration with clubs and organizations such as RRG&SA. The public is always welcomed to attend our meetings and educational programs.

OQUOSSOC — The Rangeley Region Guides’ and Sportsmen’s Association will hold its monthly meeting Thursday, Jan. 18, at its clubhouse on Old Skiway Road. The potluck dinner starts at 5:30 p.m., followed by a brief business meeting and then the guest speaker.read more

RANGELEY- The Rangeley Lakes Region Historical Society has received a generous $10,000 grant from the H. King & Jean Cummings Charitable Fund. This grant, sponsored by the Maine Community Foundation, will help the Society by ensuring the position of a joint curator to work between the Historical Societyâ€™s two museums, the Rangeley History Museum and […]

RANGELEY — The Rangeley Friends of the Arts will hold its Annual Meeting Monday, Dec. 11 at 5 p.m. at the RFA Lakeside Theater, 2493 Main Street. The public is invited to attend to learn about the RFA and its mission

SANDY RIVER PLANTATION – A Rangeley man has been arrested and charged with arson after he allegedly burned a bulldozer stolen from a local business. Both pieces of equipment were owned by Randy Cousineau of Strong. According to Fire Marshal’s Office Sgt. Joel Davis, additional charges against other individuals are anticipated. Franklin County Sheriff’s Office […] 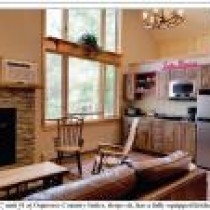 OQUOSSOC — Oquossoc Country Suites opened its doors Friday, July 20 having held an open house July 19 with over 100 locals, business owners, friends and family coming out for the special event. Everyone got to meet the owners: Leon Narbonne and Erin Lavallee of Cape Cod, Mass., and the manager, Amber Gellman of Stratton.read more

FARMINGTON — Two women from Jay and Phillips were formerly charged Thursday in separate cases involving theft of more than $10,000 each from a business and a road association. A Franklin County grand jury indicted Bobbie J. Dawes, 45, of Jay on a felony charge of theft by unauthorize…

FARMINGTON – Coldwell Banker Sandy River Realty is pleased to welcome Gary Snow as its latest real estate agent. Gary successfully completed the education, testing and licensing procedures as required by the Maine Real Estate Commission and he has already started assisting clients with their real estate needs. Gary grew up in Rangeley and now […]

Thank you for keeping The RFA Lakeside Theater as Rangeleyâ€™s movie house and center for entertainment, student programs and social activity.

All of the movie donors and volunteers showed their love for Rangeley through their undying support to bring first-run movies back to Rangeley. We are proud of our theater and our town and committed to making it the best it can be.

Thanks to you, everything is in place and beginning Memorial Day Weekend, 2018, first-run movies will be at our downtown theater.

Itâ€™s more than first-run movies. Your continued donations and support will help us afford the licensing fees that come with showing new movies, and will:

â€¢ Bring teenagers into town and offer them an uplifting social experience
â€¢ Light up Main Street and revitalize our downtown business district
â€¢ Give seniors and families accessible, low-cost entertainment
â€¢ Touch all of the lives that have made Rangeley such a special place for us to live, to work and to play.

To donate to this continuing program, please click the paypal button below.

Thank you to these Movie Initiative Donors!

The post Movie Initiative Brings First-Run Movies back to Rangeley appeared first on Rangeley Maine Events and Concerts – Rangeley Friends of the Arts.