RANGELEY — Saddleback Maine is preparing for their second ski season since the acquisition of the ski resort by Arctaris Impact Fund. Over the last 18 months, Saddleback has invested $3 million into upgrading the snow making equipment on the mountain. $2 million of that was this summer, with a focus on adding more snow guns and increasing the pump capacity.

Area businesses team up to bolster programs for children

RANGELEY — Just as Saddleback Mountain was getting a first coating of snow, Majella Group CEO Sebastian Monsour announced that replacement of Saddleback’s Rangeley Chair lift would not take place until next season. Monsour used the Saddleback Maine Facebook page to deliver the news Thursday, Nov. 9. 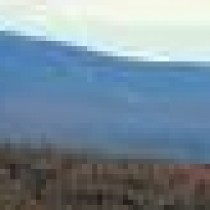 By Dee Menear Irregular Staff Writer DALLAS PLANTATION — The silence from the hill was broken last week with an announcement posted to the Saddleback Maine Facebook page. Monday, Sept 28, after more than six weeks of social media silence, the Saddleback Maine team checked in with followers, saying “the dominoes have fallen into place and we are able to amp up efforts to reopen the mountain.”read more

RANGELEY – An announcement regarding the future of Saddleback Maine ski resort is expected to be made on Thursday. A press conference has been scheduled for Thursday morning at The Trust for Public Land office in Portland “to explain agreement between owners of Saddleback Mountain and potential owners and fund raising,” according to a media […]

The Original Irregular’s Year in Review  2015 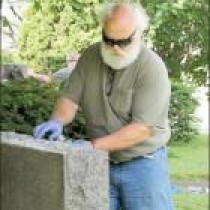 The second half of 2015 saw resolution come to the difficulties MSAD #58 had been experiencing. Saddleback Maine was struggling to find a way to open for the season. And the remains of a hiker missing since 2013 were found. The year came to a close with a fair amount of snow after record warm temperatures for December.

Saddleback down to the wire on new lift

RANGELEY — Saddleback Maine, the third largest ski mountain in Maine and the third largest employer in Franklin County, announced recently that it will not commence winter operations unless it can secure $3 million in financing to purchase a new four-person chairlift to replace the aging 4,717-foot Rangeley Double Chair.read more

RANGELEY — The 13th annual Pond Skimming will be held at Saddleback Maine Saturday, March 28, beginning at 1 p.m. The challenge is to ski or ride across the resort’s manmade pond. There will be great entertainment and participants are urged to bring dry clothes. A release of liability is required.

RANGELEY — The 11th annual Telemark Invasion at Saddleback Maine is set for Saturday, March 21. The all day event will include free demos, free clinics for all levels, vendors and the Ski Museum of Maine, as well as live entertainment in the pub après ski.read more