RANGELEY – With a heavy load of snow in place, and more to come in the next two weeks, Rangeley’s 2018 Snodeo aims to please with events beginning Jan. 18 and running through the 20. The favorited local event kicks off Thursday the 18 with The Chili Chowder Cook-off sponsored by the Rangeley Lakes Chamber […]

RANGELEY- The Rangeley Lakes Region Historical Society has received a generous $10,000 grant from the H. King & Jean Cummings Charitable Fund. This grant, sponsored by the Maine Community Foundation, will help the Society by ensuring the position of a joint curator to work between the Historical Societyâ€™s two museums, the Rangeley History Museum and […]

RANGELEY – A public hearing Tuesday night gave residents the opportunity to ask questions of the engineers behind the proposed runway extension at Stephen A. Bean Municipal Airfield, as well as the LifeFlight team who will be operating there if approved. DuBois & King project director, Guy Rouelle, presented updates on the plan which will […]

RANGELEY – Improperly disposed of ashes from a stove are the suspected cause of a fire that destroyed a residence on Skyland Drive this morning. According to Rangeley Fire Chief Tim Pellerin, the owners and occupants of the two-story residence and attached garage, Rob and Carol Hunt, reported the fire early Thursday morning. Rangeley Fire […]

SANDY RIVER PLANTATION – A Rangeley man has been arrested and charged with arson after he allegedly burned a bulldozer stolen from a local business. Both pieces of equipment were owned by Randy Cousineau of Strong. According to Fire Marshal’s Office Sgt. Joel Davis, additional charges against other individuals are anticipated. Franklin County Sheriff’s Office […]

[Editor’s Note: We’ve changed the time of the crash to correctly reflect it occurred at 6:11 p.m., not 4:11 p.m.] PHILLIPS – A Temple woman faces charges this morning, after she and her two daughters were injured when her vehicle struck a tree on Bridge Street Tuesday evening. Tabatha Chabot, 34 of Temple, has been […]

The Rangeley Region Guidesâ€™ & Sportsmenâ€™s Association would like to cordially invite its members and the public to attend a special potluck dinner and meeting on November 16, 2017 starting at 5:30 PM. Folks who have been skilled or lucky enough to harvest wild game this fall are asked to bring a wild game entrÃ©e to celebrate our outdoor sporting heritage. This is an opportunity for hunters to show off their culinary skills with moose, deer, partridge, duck, and maybe bear recipes. Other entrees, salads, and desserts are also welcomed. In addition to our wild game harvest dinner, RRG&SA is pleased to announce that David Trahan, the Executive Director of the Sportsmanâ€™s Alliance of Maine, will be our guest speaker.

RANGELEY – County commissioners and the Board of Selectmen will be discussing an island on Rangeley Lake in the next two weeks, offering local opinions as part of a federal process to change the island’s name. The owner of Doctors Island, a 15-acre wooded island located in the eastern half of Rangeley Lake, wants to […] 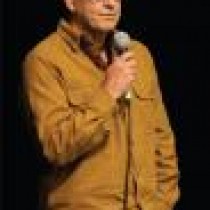 By Dee Menear Irregular Staff Writer RANGELEY — A screening of Maine Outdoor Film Festival selections was held at Rangeley Lakeside Theater Friday, Sept 1. The screening was a mixture of four shorts, one short feature and one feature film, each highlighting an aspect of life in the outdoors. The schedule included Georgia to Maine, Two Cold, A Passion of Gold and Fire, Corazon, Clarity and The Town that Moved a Mountain.read more

PHILLIPS – The Phillips Fire Department is offering to install free smoke detectors inside the homes of Phillips, Avon and Madrid residents next Saturday. The department has partnered with the American Red Cross to provide smoke detectors for participating residents. Those interested in taking advantage of the program should call either the Avon or Phillips […]