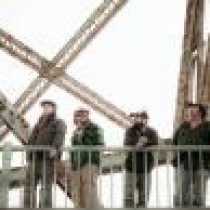 ANNUAL WAYNE COMMUNITY CHURCH LIVE AND SILENT AUCTION The Auction kicks off with an Opening Celebration on Thursday, July 3rd from 7 – 9 PM at the beautiful Lakeside Ladd House, 505 Main Street in Wayne.  A Live Auction will be featured, as well as catered refreshments, and live music.  Celebration tickets are $10 per person. The  Silent Auction hours and bidding will begin at the Wayne Community Church, Fellowship Hall, on Thursday, July 3rd from 5 to 6:30 pm, continue Friday, July 4th – 9 am to noon, and Saturday, July 5th from 9 to 6 pm.  “BUY IT NOW” prices available on most items. The Silent Auction will end on Saturday, July 5th from 5 – 7 pm with a Pulled Pork BBQ and Vegetarian Option. At 6 pm the Auction ends and items will be ready for pick up by 6:30. This year’s Auction features Diners Across Maine.  Getaways in Rangeley, Camden, and Vermont and top of the line Aruba restaurants and Island Cruise will be offered.  We will also have sports memorabilia, and our ‘Made in Wayne’ section, showcasing our local talent. For tickets to the Opening Celebration AND the Pulled Pork BBQ, please call the Wayne church office at 685-3505 and leave a message.  PROCEEDS BENEFIT LOCAL OUTREACH PROGRAMS.

THE WEDDING SINGER takes us back to a time when hair was big, greed was good, collars were up, and a wedding singer might just be the coolest guy in the room.

It’s 1985 and rock-star wannabe Robbie Hart is New Jersey’s favorite wedding singer. He’s the life of the party, until his own fiancee leaves him at the altar. Shot through the heart, Robbie makes every wedding as disastrous as his own. Enter Julia, a winsome waitress who wins his affection. As luck would have it, Julia is about to be married to a Wall Street shark, and unless Robbie can pull off the performance of a decade, the girl of his dreams will be gone forever.
THE WEDDING SINGER features a large chorus with many featured roles for actors who sing, and dancers who act. This show works perfectly as a high school’s featured musical or as the highlight of any regional season.

Tickets ($15) will be available at the Rangeley Lakes Chamber of Commerce on 6 Park Road and at the door.

The post “The Wedding Singer” to be seen at RFA Lakeside Theater the first weekend in July appeared first on Rangeley Maine Events and Concerts – Rangeley Friends of the Arts.

SHOUT! The Mod Musical is a Broadway musical by Phillip George and David Lowenstein featuring songs from the swinging sixties. The musical features five female singers who are called, Orange, Blue, Green, Yellow and Red.

The show is set in London between the early 1960s and 1970, and follows the lives of five women in their 20′s (The Red Girl), 30′s (Green, Blue, and Yellow girls) and 40′s (Orange girl) who all face tough situations, usually involving relationships. Throughout the story, all five women send letters to Gwendolyn Holmes, who works for the magazine “Shout!” in an advice column and gives them advice on how to deal with said issues.

The Yellow girl is the only American character in the show, who traveled all the way to Britain in order to see Paul McCartney. The Orange woman is shown as a full grown woman who is married, in her forties, and is starting to suspect her husband is cheating on her. The Blue girl is gorgeous and wealthy, and while she can go on and on about how perfect her life is, she does face some questions regarding her sexuality. The Green girl is a bit of a “slut” in the show, always hooking up with many men and throwing innuendos around. Finally, the Red girl is the youngest and most hopeful character; she is a bit hopeless in the beginning, stating she is not good-looking like other girls, until the man of her dreams comes along.

Tickets ($15) will be available at the Rangeley Lakes Chamber of Commerce on 6 Park Road and at the door.

RANGELEY — Local businesses in Rangeley and Oquossoc have teamed up to offer the colors, taste and sounds of fall at Rangeley Oktoberfest. This event features food, entertainment and a cornucopia of beers in a unique festival exploring the restaurants, pubs, shops and museums located on the National Scenic Byway from Rangeley to Oquossoc. read more

The Rangeley Friends of the Arts proudly presents The 6th Annual RFA Summer Diva!  This year’s theme, Still the One, features #1 hits and songs from #1 albums from the last 60 years of music.  Prepare to be entertained by the songs of Celine Dion, Connie Francis, kd Tunstall, Blondie, Donna Summer, Diana Ross, Adele, Carrie Underwood, Pink, Ke$ha, The Seekers, Roberta Flack, and so many more!  Performances will be held at 7:30 pm on August 9, 10 and 11 at the Saddleback Base Lodge.  Mark your calendars and head on over to The Rangeley Chamber of Commerce (864-5364) to get your tickets today!  This is one show that you DON’T want to miss!  Tickets are $20.00 for reserved seating, and $15.00 for general seating.

The post RFA Summer DIVA appeared first on Rangeley Friends of the Arts.

Shakespeare’s murder/revenge tragedy of a court in crisis and a young man at a crossroads replete with ghosts, swordplay, and betrayal has fascinated audiences and actors alike for more than 400 years. Searching for meaning and justice in a world out of his control, Hamlet rebels against ageism and dogmatic authority while struggling to accept the loss of his father and understand his place in this world.

Monmouth, Maine – Theater at Monmouth’s Shakespeare in Maine Communities tour of Hamlet will play statewide at schools and performing arts centers October 22 through November 9, 2012. Seven actors take on this murder/revenge tragedy of a court in crisis and a young man at a crossroads, replete with ghosts, swordplay, and betrayal, in a tense and passionate 90 minutes.

TAM has provided literature-based education programs in schools and community centers since the Theater’s founding. Since 2005, TAM has taken the Bard on the road with Shakespeare in Maine Communities—60 to 90-minute adaptations of Shakespeare with 5 to 8 actors. Plays are fully designed, rehearsed, and tour to schools and community centers. The target grade levels for this tour are middle and high schools; previous tours have reached more than 6,000 students.

The story of Prince Hamlet’s search for meaning and justice in a world beyond his control has fascinated audiences and actors alike for more than 400 years. Hamlet rebels against ageism and dogmatic authority while struggling to accept the loss of his father and understand his place in this world.

Hamlet features Max Waszak in the title role, Grace Bauer as Gertrude, Will Harrell as Claudius and the Ghost, Katie Sasso as Ophelia, Jay Shepherd as Horatio and the Player Queen, Michael Thomas as Laertes and the Player King, and Wendy Way as Polonius. Set by Jim Alexander; costumes by Jonna Klaiber.

General Admission Tickets ($10) will be available at the door for the 7PM performance.

By Heidi Murphy Irregular Staff SANDY RIVER PLANTATION – The buzz about The Third Annual Saddleback Mountain Bluegrass Festival is that this year’s two-day event features a line-up that is loaded with talent.read more