LEWISTON – Elizabeth Carol Rollins, 66, of South Paris, passed away on June 20, 2018 at CMMC in Lewiston. She was born on February 12, 1952 in Farmington, the daughter of Frank and Eleanor (Pinkham) Rollins. She was educated in the schools of Phillips and Rangeley, graduating from Rangeley High School. For many years, she […]

JAY – Anita Chase Dunham, 67, passed away on June 21, 2018 at Maine Medical Center in Portland. She was born on May 20, 1951 in Farmington, the daughter of Ralph and Julia (Brackett) Chase. She was educated in the schools of Phillips and graduated from Phillips High School in the class of 1969, and […]

RANGELEY â€“ A glorious and gregarious light went out of this world on the morning of June 3, 2018; Philip Albert Forsman is now born unto heaven and into the arms of waiting family. Philip was a long-time resident of East Harwich, MA, later relocating to Rangeley, Maine. He was born March 26, 1969 in […]

RANGELEY â€“ Harland “Harley” M. Burgess, 70, of Augusta, formerly of Wilton, died unexpectedly, Friday afternoon at his sonâ€™s home in Rangeley. He was born in Farmington, Aug. 14, 1947, a son of Milfred and Lillian Mary (Turner) Burgess and was a graduate of Wilton Academy. 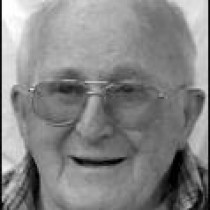 RANGELEY — Memorial Services for Ardine “Tiny” Collins, who died Feb. 26, 2018, will be held Saturday, May 12, 2018 at 2 p.m., at the Church of the Good Shepherd, 2614 Main Street in Rangeley. Interment will follow at the Evergreen Cemetery in Rangeley.read more

AVON – Robert Leroy Caton, 77, died peacefully at his home, on Sunday, April 15, 2018, surrounded by family and friends. He was born to Richard Eugene Caton Sr. and Edith Flora (Kimball) Caton on November 21, 1940, in Phillips. He grew up in Phillips and attended Phillips Elementary and Phillips High School. Graduating in […]

AUGUSTA â€“ Olive Jean Welch, 85, of Augusta, died late Wednesday evening at Maine General Rehab Center at Glenridge. She was born in Phillips, Dec. 5, 1932, a daughter of James and Clara (Dodge) Trenholm and graduated from Kingfield High School in 1950. She worked at Forster Manufacturing Co. in East Wilton for several years […] 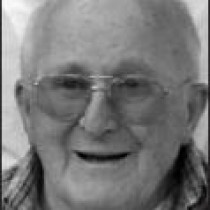