What To Do After Buying A Home 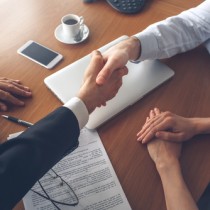 Congratulations! You’ve just bought a home. Whether you’re a first-time buyer or an experienced homeowner, the process of finding, buying, and settling in can be overwhelming. So here’s a guide to some essential steps that you should take immediately after buying your new home.

Take the Stress Out of Home Buying With These 5 Tips 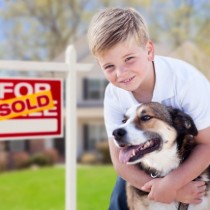 Buying a new house can be an exciting and nerve-wracking experience. It is important to take steps in advance to make the process as stress-free as possible. Buying a house can be a lot easier if you know what questions to ask and how to find the answers. When researching, quizzing friends and even checking…

The Best Tips For Getting Potential Buyers Interested In Your Home 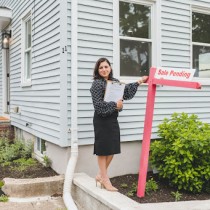 Want to Buy Real Estate in Maine? Here’s How to Get Started 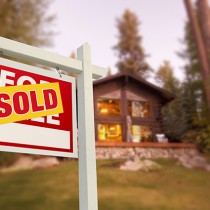 Rangeley Lakes is an attractive place for many people looking to settle in the Pine Tree State. So, if you’re considering buying real estate in Maine, you’ve come to the right place. With scenic views, warm summers and a slower pace of life, it’s easy to see why this state is such a popular destination…

4 Ways to Prepare Your Home for Sale: The Quick Home Makeover 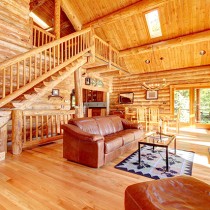 A well-maintained home is one of the things that buyers look for when they’re looking to purchase a property. Selling your home can be daunting, but with proper preparation, you can make it easier and more profitable. An unkempt house might not sell as fast as you’d like and get you the price you want….

Despite the crippling pandemic conditions of 2020, the property market of Maine has not only remained stable, but has experienced unprecedented growth. Maine Listings, a subsidiary of the Maine Association of Realtors, reported that, in the first nine months of 2020, sales of single family homes in Maine were up 2.6 percent from what was…

The Rangeley Friends of the Arts will be hosting pianist Julian Gargiulo at the Church of the Good Shepherd on Thursday, July 5, 2018 at 7 PM. The event is general admission, with tickets at $18 for adults and $10 for youth. Tickets are available online and will also be available at the door.

Born and raised in Italy, Julian Gargiulo is a pianist, composer, and recording artist.  He has performed in the United States, Canada, England, Italy, France, Germany, Greece, Russia, Singapore, Philippines, Thailand, China, and Australia, to both public and critical acclaim.  This year, Julian was named a Steinway Artist.

This event is exclusively sponsored by Morton and Furbish Real Estate and Vacation Rentals.

FARMINGTON – Coldwell Banker Sandy River Realty is pleased to welcome Gary Snow as its latest real estate agent. Gary successfully completed the education, testing and licensing procedures as required by the Maine Real Estate Commission and he has already started assisting clients with their real estate needs. Gary grew up in Rangeley and now […]

Concerto in the Italian Style in F major, BWV 971

Partita No. 2 in D minor, BWV 1004, including the virtuosic Ciaccone

The Kennebec Early Music Festival is supported by grants from the Edgard and Geraldine Feder Foundation, the Davenport Family Trust, and the Maine Arts Commission, with major sponsorships from Bath Savings Trust Company and William Raveis/Carleton Real Estate.

Elizabeth Blumenstock’s violin was made by Andreas Guarneri (Cremona, 1660), the founder of the dynasty of renowned Guarneri violin-makers in the 17th and 18th centuries.

Sarah Freiberg’s violoncello was crafted by Joseph John Merlin (London, 1784), an ingenious mechanic whose inventions included various types of intricate clocks and automata, inline skates, a perpetual motion machine, and mathematical and keyboard instruments which he displayed in Merlin’s Mechanical Museum in London.

Linda Skernick’s harpsichord was built by Yves Feder in 1981, and is based on a late 17th-century Flemish pattern, with scaling and plucking points done to an 18th-century French design. The sound of the instrument is best described as Franco-Flemish. The motto inscribed on the harpsichord lid HONI SOIT QUI MAL ME TOUCHE is a humorous take on the motto of the English Crown, Honi soit qui mal y pense, which roughly means curses on he who plays me badly.

Tamara Friedman’s fortepiano was modeled after a 1780s instrument by Johann Andreas Stein (Augsburg) and is the type piano that so captured Mozart imagination in 1777 that he began composing his long series of piano sonatas, as well as his sets of variations and fantasias.

Widely admired as a Baroque violinist of expressive eloquence and technical sparkle, Elizabeth Blumenstock is a long-time concertmaster, soloist, and leader with the San Francisco Bay Areas Philharmonia Baroque Orchestra and American Bach Soloists, and concertmaster of the International Handel Festival in Göttingen, Germany. In Southern California, she is Music Director of the Corona del Mar Baroque Music Festival. Her love of chamber music has involved her in several accomplished and interesting smaller ensembles, including Musica Pacifica, Galax Quartet, Ensemble Mirable, Live Oak Baroque, the Arcadian Academy, and Trio Galanterie. An enthusiastic teacher, Elizabeth is on the faculties of the San Francisco Conservatory of Music, the American Bach Soloists summer Festival and Academy, and the International Baroque Institute at the Longy School of Music.

Sarah Freiberg is principal cellist of Boston Baroque and a tenured member of the Handel and Haydn Society. She has performed with the New York Collegium, Philharmonia Baroque Orchestra (San Francisco), Portland Baroque (Oregon), Seattle Baroque, the Boston Early Music Festival, and Arion (Montreal). As a corresponding editor for Strings magazine, she has contributed dozens of articles and reviews on a wide range of subjects. Sarah edited the long-forgotten Guerini cello sonatas for both PRB Productions and Broude Brothers, and recorded both Guerini and Laurenti cello sonatas for Centaur. As well as teaching in the Historical Performance department at Boston University, she is Chair of Strings and Chamber Music at the Powers Music School in Belmont and teaches at the Amherst Early Music Festival. Sarah can be heard on numerous recordings, including as soloist on the Boston Baroque CD of works by Vivaldi and Geminiani.

Pianist Tamara Friedman, praised for the depth, wit, and humor of her performances (Seattle Times), attended the Oberlin Conservatory and received her masters degree from the Mannes College of Music (NYC). She has collaborated with such artists as Stanley Ritchie, Jaap Schröder, and Max van Egmond, and appears with violinist Elizabeth Blumenstock as Duo Amadeus. In the Pacific Northwest she has performed on the Seattle Camerata, Allegro Baroque and Beyond, Belle Arte, Early Music Guild, Gallery Concerts, and Mostly Nordic series and for the Governors Chamber Music Festival. She has been the featured performer in early piano workshops for Pacific Lutheran University (Tacoma, WA) and the Western Early Keyboard Association, and maintains a private studio in Seattle, where she teaches modern piano and fortepiano on her collection of eighteenth- and nineteenth-century keyboard instruments, which is on display at SEKM! – the Seattle Early Keyboard Museum. Her summers are spent in Bath, Maine, where she also has a group of historic pianos.

Harpsichordist Linda Skernick served on the music faculty of Connecticut College, 19792015, when she moved to Bath. Her career has included solo recitals at the Los Angeles Harpsichord Center, Washington DCs Phillips Collection, the Cleveland and Birmingham Museums of Art, New Yorks Lincoln Center, and he Tchaikovsky Conservatory in Moscow, as well as at the Yale Collection of Musical Instruments and at Wesleyan University. She has toured with Alexander Schneiders Brandenburg Ensemble and performed with Gerard Schwarzs Mostly Mozart Festival, as well as the Seacliff Chamber Players Long Island Bach Festival, and many local Connecticut series, including the Robbie Colomore concerts in Chester, the Essex Winter Series in Essex, the George Flynn Classical Concerts in Clinton, and Music Mountain in Falls Village. Linda was a member of New Yorks Tafelmusik Ensemble and the New York Baroque Consort, and has been soloist with many orchestras and chamber series throughout Connecticut. She has twice been the recipient of grants from the Sylvia Marlowe Harpsichord Society. Linda appeared both as soloist and in chamber music with the Connecticut Early Music Festival and John Solums Hanoverian Ensemble. She was also a founding member of The Klezzical Tradition, a group playing traditional klezmer and classical music. Many of her performances, including several guest concerts at Music Mountain, Falls Village, Conn., have been broadcast by National Public Radio. She appeared live on WQXR’s “The Listening Room” (New York City) and WGBH’s Morning Pro Musica (Boston).

RANGELEY — The Rangeley Friends of the Arts present Sean Fleming and his Dam’ Rag Scotta Band at the Church of the Good Shepherd Wednesday, July 20, at 7 p.m. The concert is sponsored in part by Morton & Furbish Real Estate.read more

If you are looking for the most unique tour of Italy in which you will experience the beautiful country in a luxurious way and as the most privileged guest, let Italy Luxury Tours with their Italy Classic Private Tours, provide you with the highest quality in the industry. Italy Luxury Tours is proud to offer the most exclusive custom tours. Contact them at: 1 888 959 7108 or tours@italyluxur
MeTripping - a one stop travel search engine to discover, research and book your next vacation! Exotic destinations, stunning hotels and ideal flights - ranked to suit your interests and budget! Go MeTripping now!
Menu ✖